Now, I don’t want to bullshit anyone, Godzilla (2014) is an excellent movie and I highly recommend it to any fans of monster fighting and destruction in general. Although, after my second viewing, it is not without its flaws. The foundation of this iteration of Godzilla is that he’s been around for a very long time, hunting radioactive creatures when it is necessary.  As Americans, we remember the 1998 Godzilla where the nuclear testing created the mighty Godzilla. However, in this movie, the nuclear tests in the Bikini Atoll were a means to try and get rid of the “King of Monsters”. As the main plot starts, two radioactive creatures are awakened and Godzilla makes his way across the Pacific to dispose of them in ways only he can. My first grievance with Godzilla, along with the rest of the Internet, is that I was expecting a Bryan Cranston movie. Fresh off the success of Breaking Bad, Legendary Picture went to great lengths to advertise the movie with Bryan Cranston seemingly in the lead role. However, his son, Aaron Taylor-Johnson, is the main character. Aaron Taylor-Johnson also happens to be Kick-Ass in the Kick-Ass movies, and is practically unrecognizable in this role. The movie ended up involving his journey home from Japan after his dad (Bryan Cranston) dies and the first MUTO is awakened. Now, it’s not to say that Aaron Taylor-Johnson and Elizabeth Olsen did a horrible job portraying the human story, because they didn’t, it just wasn’t well thought out. The human plot felt lazy; especially since Aaron’s character happened to always be where a MUTO or Godzilla was. It was just way too coincidental and seemed quite cheap. 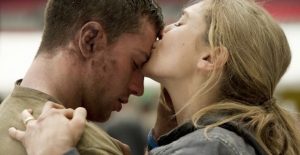 As far as Godzilla himself goes, he was FUCKING EPIC!!! The only downside was the very little screen time he actually received. The King of Monsters appeared about an hour into the movie, and when he did, the director choose to reveal him about ready to fight a MUTO, and then cut away from the action and just show the aftermath. It’s kind of a shitty thing to do to your audience; especially when the reveal looked absolutely great. Another thing I appreciated about this movie, as opposed to Godzilla (1998), was that they went back to Godzilla being the Alpha Predator. Gozilla (1998) took the approach of a creature protecting and finding a home for it’s offspring. There wasn’t a sense of urgency, or avocation, on the monsters part. Now, Godzilla is just a monster playing his role in the food chain. Radioactive creatures show up and the big man comes in to take them out. You want Godzilla to win, you’re on his side. The last great thing about this movie was when Godzilla finally did his signature fire breath; and goddamn was it glorious. It’s one of those movie moments that can’t be accurately explained in text, you just have to see it for yourself.

Now, a lot of people have asked me which Kaiju movie I liked more: Godzilla or Pacific Rim? If you are a fan of Pacific Rim, you will love Godzilla. But now that I have taken the time to see both movies a multitude of times, I think it’s safe to say that I prefer Godzilla. I LOVED the action scenes in Pacific Rim, probably more so than I do in Godzilla, but the movie lacks the appeal Godzilla has. Godzilla takes the time to make it feel authentic, like it’s something that can actually happen. Pacific Rim was more about testosterone fueled fights and human characters you could care less for. This comparison, however, is one for another time. 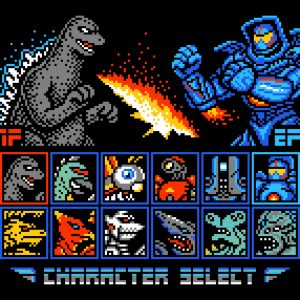 Make it a point to see Godzilla (2014). Upon first viewing, this rendition of the Alpha Predator is one of the best to ever grace the screen. The main appeal the movie has is it’s authenticity. On your second viewing, you will immediately notice some annoying, and lazy, plot points in the human story, but that genuine feeling the movie produces never falters.